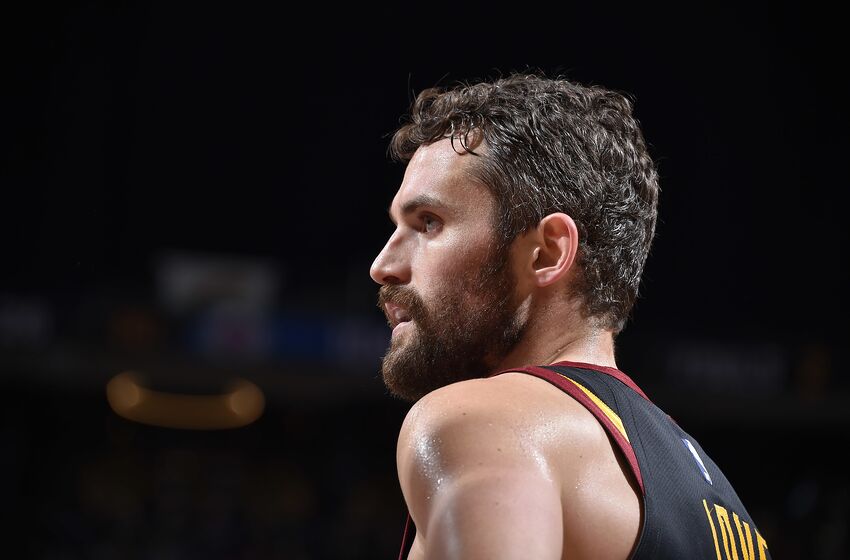 CLEVELAND, OH – MARCH 22: Kevin Love #0 of the Cleveland Cavaliers looks on against the Cleveland Cavaliers on March 22, 2019 at Quicken Loans Arena in Cleveland, Ohio. NOTE TO USER: User expressly acknowledges and agrees that, by downloading and/or using this Photograph, user is consenting to the terms and conditions of the Getty Images License Agreement. Mandatory Copyright Notice: Copyright 2019 NBAE (Photo by David Liam Kyle/NBAE via Getty Images)

The LA Clippers have added another name to the list of players they are interested in before Thursday’s NBA trade deadline, Cleveland Cavaliers forward Kevin Love.

The LA Clippers are in the thick of the NBA playoff hunt as they currently sit second place in the Western Conference 50 games into the season, sitting behind the Los Angeles Lakers. With the deadline on Thursday, they are exploring ways to improve their team including inquiring about Kevin Love.

The front office has made some remarkable moves over the course of the past two seasons and this trade deadline may have yet another move in store to upgrade an already impressive roster that has yet to lose a game when every player on the roster is not listed on the injury report.

LA is in need of some perimeter shooting and wing help and they have reportedly “kicked the tires” on Cleveland’s Kevin Love ahead of Thursday’s NBA trade deadline.

Love has noticeably wanted to be moved from Cleveland for some time now after his comments regarding his teammates and how his head coach has treated the locker room this season and Love’s name has been brought up in trade talks but this is the first time the LA Clippers have been mentioned for the veteran stretch forward.

The major roadblock in any deal involving Love to LA would, of course, be his contract. Love has some time remaining on his deal and makes roughly $29 million annually, which would mean the Clippers would have to likely offer four players for one back, something that may not pique the interest of the front office.

One package that would be pretty reasonable for both sides would include Mo Harkless and Jerome Robinson.

This deal allows Cleveland to acquire the Harkless expiring contract, a young guard in Robinson, a stretch big in JaMychal Green and another guard in Rodney McGruder to make salaries work.

I am sure the Clippers would also not mind moving the 2020 Philadelphia 1st Round Pick they currently have but one would also suggest the Clippers may target Tristan Thompson as he would be much cheaper to attain with his salary and Thompson would help more with interior defense than Love.

The Clippers have made some very solid moves to improve the roster over the past 16 months and inquiring about the price of Kevin Love may yet be another successful addition to an already phenomenal roster without gutting the roster’s core but adding to it.

Love would be a very solid addition for the LA Clippers but it will be interesting to see what the front office decides to do with the talent it already has and the moveable assets it could use to improve the roster if they decide to do so.

Nick Wright Has a Message for White People

Which NBA Players had the Most Steals During a Playoff Career?

Manchester United transfer news: Red Devils OUT of the race to...

Marcus Arroyo May Hold The Key To The Season

How Floyd Mayweather’s Worst Fight Was Still Good Enough for a...