Kayla McBride had 21 points, including five in the final 30 seconds, as the Las Vegas Aces beat the Dallas Wings 75-70 on Saturday night. 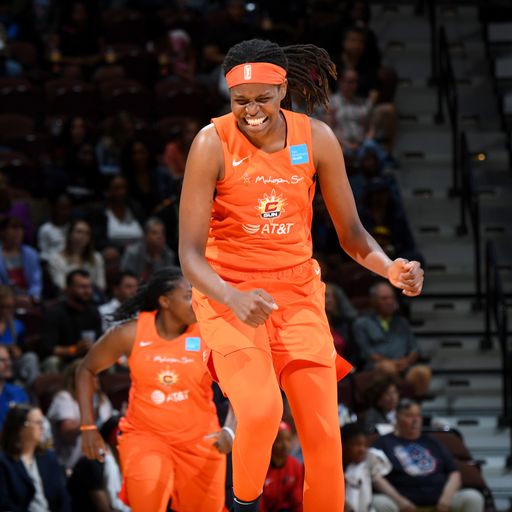 Who’s setting the playoff pace in the WNBA? Kayla McBride had 21 points, including five in the final 30 seconds, as the Las Vegas Aces beat the Dallas Wings 75-70 on Saturday night.

Carolyn Swords added season highs of 13 points and 10 rebounds, and Jackie Young – the No 1 overall pick in April’s draft – had a career-high 17 points and five assists for Las Vegas (15-7).

Young scored the final five points in a 7-0 run that made it 67-61 with less than three minutes to play. Arike Ogunbowale hit a three-pointer to pull the Wings within one, but McBride made three of her own to push the lead to 71-67 with 29.6 seconds to go.

Two seconds later, Ogunbowale sank another triple, but McBride answered with two free throws before Young stole a pass and capped the scoring with a pair of foul shots.

Ogunbowale led the Wings (6-16) with 24 points. Kaela Davis added a season-high-tying 13 points and Allisha Gray had 10.

The Aces outscored Dallas 20-6 from the free-throw line.

More on this story

The Aces were without All-Stars Liz Cambage (rest) and A’ja Wilson (ankle).

Cambage played for the Wings last season, setting the WNBA single-game scoring record with a 53-point outburst, before demanding a trade in the offseason. 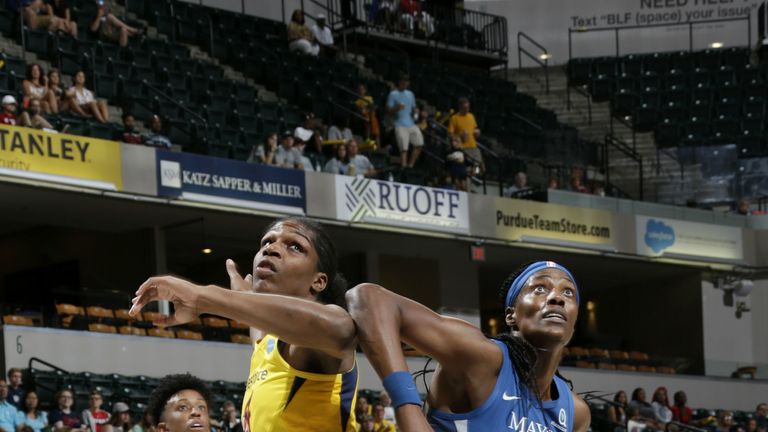 Led by Kelsey Mitchell, Indiana’s reserves racked up 55 points while All-Stars and starters Candice Dupree and Erica Wheeler combined for four points on 2-for-8 shooting with neither playing more than 12 minutes.

Get NBA and WNBA news on your phone

Want the latest NBA and WNBA news, features and highlights on your phone? Find out more

Indiana took the lead for good during a 25-5 run to open the third quarter. Kelsey Mitchell capped the rally at 63-53 with a step-back three-pointer. Twice in the fourth quarter, the Lynx (10-11) cut the deficit to two.

Minnesota had an 18-0 run in the second quarter and had their big lead before going into the break with a 48-38 advantage.

Sylvia Fowles had 17 points to lead Minnesota, which lost its fourth in a row. Temi Fagbenle and Napheesa Collier added 14 points each. 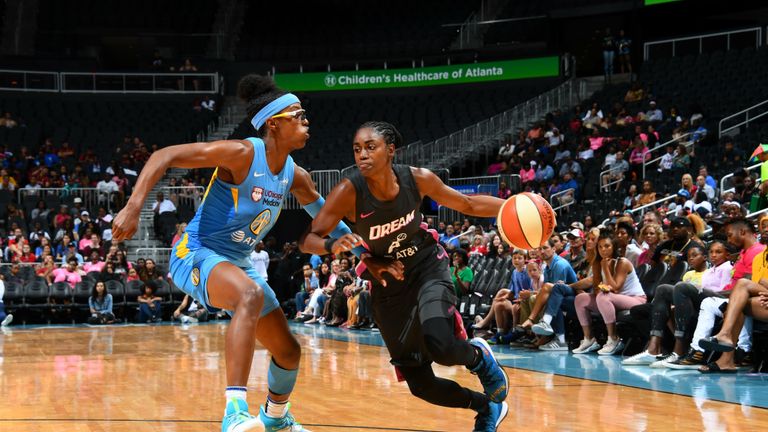 Highlights of the Chicago Sky’s trip to the Atlanta Dream in the WNBA.

Diamond DeShields had 12 points, a career-high 12 rebounds and a season-best six assists while Courtney Vandersloot added 13 points and nine rebounds as the Chicago Sky beat the Atlanta Dream.

Alex Bentley scored 21 points for Atlanta (5-17). The Dream have lost seven in a row.

Want to watch the NBA and WNBA but don’t have Sky Sports? Get the Sky Sports Action and Arena pack, click here.

Hub Arkush: Not time to write off the Bears, but Nagy...

Sportal - October 7, 2019
0
The sky didn’t fall on your beloved Bears Sunday in London, Bears fans, the sun did come up Monday morning and now is...

LeBron James says Grizzlies ‘got a great one’ in Ja Morant

Which area 6A-II playoff teams from 2018 return the most offensive...

This Date in NBA History (May 22): Golden State Warriors advance...